The mountain range of Galliners 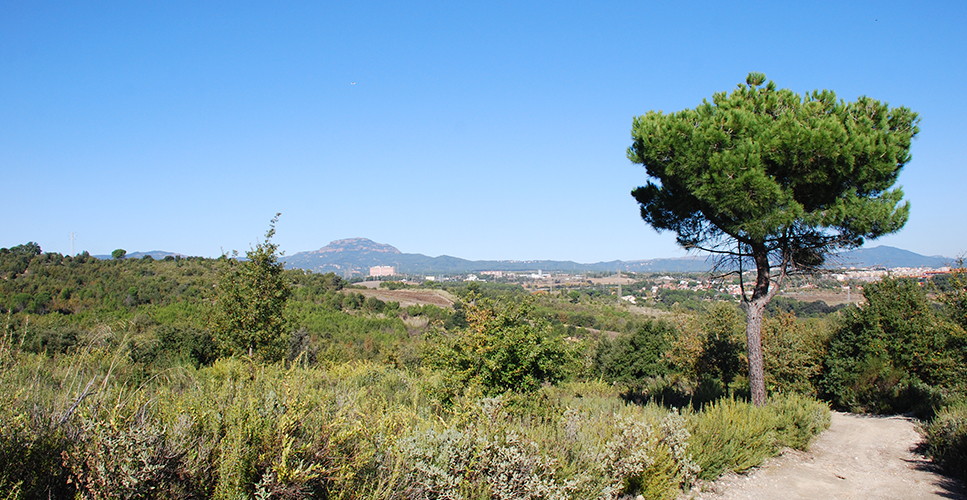 Sant Quirze del Vallès enjoys a stunning natural environment and enables us to discover some heritage elements that have shaped the identity of its inhabitants. Hermitages and masies, traditions and legends are the legacy and at the same time witness of the history of Sant Quirze.

We start the route in Can Barra, set of buildings from the 17th century, where it stands out the Torre del Senyor, of modernist style. We border the buildings and leave parallel to the river. The trail crosses the carrer del Llaurador and the Avinguda del Vallès, where you have to pay attention to the traffic of vehicles.

We also cross the carrer de Joan Rodrigo and continue parallel to the torrent of the Betzuca until we reach a crossing that, if we take to the right, allows us to pass through it. We go up this road (the road of the Mig), we leave a first track that goes to the left and take the second left (path of the Font dels Caçadors).

After going through a firewall and the high tension line, we pass a path that goes up on the right. A few meters later we find another intersection. In this, we do take the road that goes up to the right and that goes toward the mountain range of Galliners. We will find several crossroads, which we will leave behind to always follow the most obvious one. Once on the top of the ridge line, the track by which we come leads to another paved road. We are on the camí dels Monjos, which joins the monasteries of Sant Cugat del Vallès and Sant Llorenç del Munt.

The legend tells that the Abbot and monks of Sant Llorenç del Munt asked permission to the bishop of Barcelona to settle in another place, since their lands were not productive enough and the isolation of the monastery caused them to suffer the evil of sadness. The bishop let them go as long as they respected a command “that walking without crossing any river, torrent or stream, they established themselves wherever they wanted”. And they did so and they moved towards the path by which we now move and which brought them up to Sant Cugat, where they decided to lift the new monastery.

From here the road goes down to the hermitage of Sant Feliuet de Vilamilans. Before, however, just after crossing the highway, we find a monumental sculpture dedicated to the sacred heart of Christ and inaugurated in 1957. Around it there is a space with benches for rest. A path down to the hermitage, a Pre-Roman building, of a single nave and three rectangular apses, making a Latin cross. In the edges that make up the facade of noon and the main apse there is a carved stone that looks like an animal in the position to jump and that gives rise to another legend, that of the hunter which explains that a Sunday during mass a hare passed before the open door of the temple. Among the parishioners in the church, there was a hunter who, when seeing it going through, picked the gun up and pursued it. The hunter never got to catch the hare and it is supposed that he still tests to do it.

The return to Sant Quirze will be done by Can Ferran and the track that climbs up parallel to the torrent of Can Barata. We will cross the camí dels Monjos and descend by the other side in the direction of the residential area Vall Suau.

Sant Feliuet of Vilamilans: old church of the town of Sant Quirze del Vallès (Vallès Occidental), located in the west of the village. It was one of the five parishes of the territorial demarcation of Sant Cugat del Vallès. A Paleochristian altar, with an inscription, discovered on 1949, supposedly built by Mr. Feliu, indicates that it already was a chapel in the 5th century, documented from year 878 and which was located near a villa within the properties of Sant Cugat. The apse is semi-circular in the interior. It was dedicated to Sant Feliu, Santa Maria and Sant Bartomeu.

Mas of Can Barra: house of municipal property constituted by the old masia, which dates back to the 19th century (it preserves a bread oven, a large wine cellar, some stables and an agricultural store), and a tower built in 1888, which served as a school during the Civil War. Next door is the spring of Can Barra, of natural water.

The Chapel of Sant Feliuet of Vilamilans has a suitable play area and picnic.

From Terrassa and Barcelona with the Ferrocarriles de la Generalitat
From Sabadell with the company Marfina, www.sarbus.com 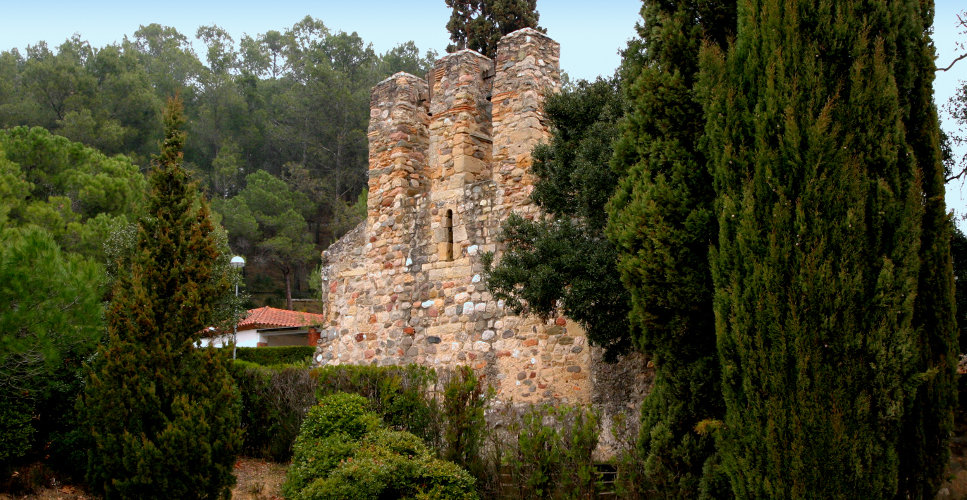 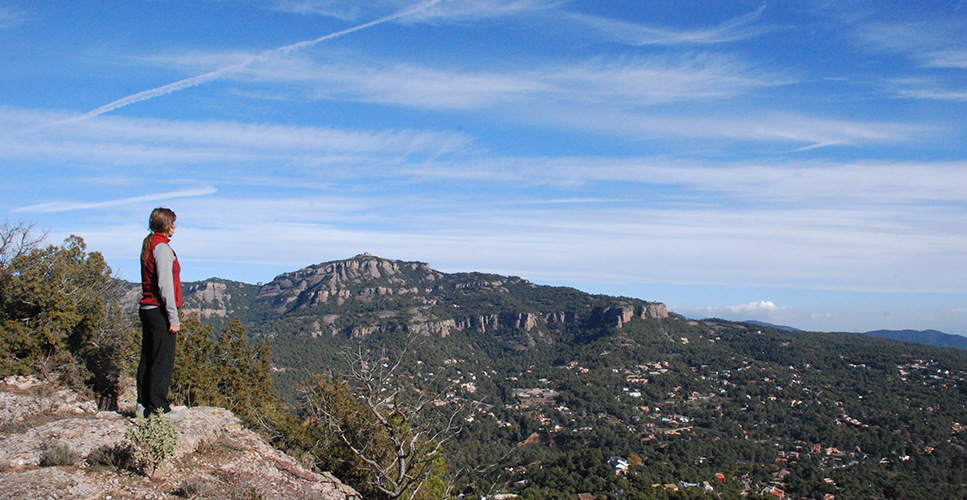 There are magnificent views at the highest point of the Pedritxes hill. Will you miss them?