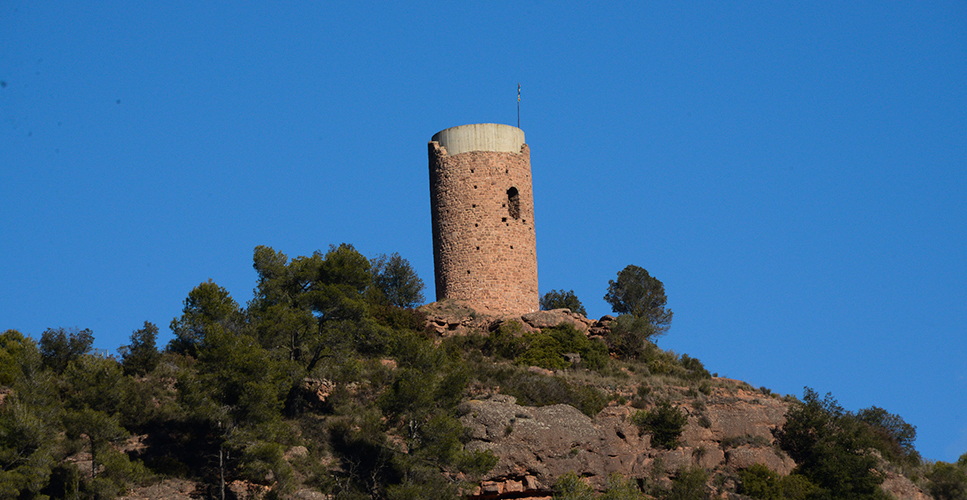 In the 11th century, a network of torrotas served as a complement to the defensive task of castles. Situated on the ridge lines, allowed the settlers to guard the Saracen army and communicate their arrival by optical signals that they were sending from one tower to another. The majority of lookout towers were made of wood and only a minority were built of stone. The Torrota of Vacarisses has the particularity of having a circular plan and its openings are closed with round archs.

From the square we go up to the carrer Major, which we take to the left in the direction of the Castell, the large building that stands in the middle of the village. In the 10th century, during the conquest and colonization of the territory, the castle was built, and it was part of the defensive network of the old Catalonia. The present building belongs to the 18th century, when taking advantage of the expansion of wine and the economic boom, it was demolished part of the castle to make it a fortified building.

We cross the plaça Major, located at the rear of the parish church of Sant Pere and Sant Feliu, and border the temple of Neoclassical style, built in the 18th century on an ancient Romanesque building. In the 19th century it was added the octagonal bell tower crowned with a balustrade.

We march down by the street on the side of the facade of the church and we arrive to the carrer Lladern, which we take to the right, and street Alfons Sala, which we take to the left. A little further on we find, on the right hand side, a well built in 1934 on the initiative of the neighbours of the village to facilitate the uptake of water. In the facades of the buildings we see ceramic plates that remind us the ancient traditional professions and the names of the houses. At the junction of the street Alfons Room with the road of the Bauma leaves, to the right, the street of Can Còdol. We take it to border Can Domènech and a part of the old wall. The road turns into a trail that climbs up to a track. We take it to the right and up until you find a water tank.

At this point we leave the track and we turn left down the road in the direction of the Torrota, where the panoramic views of the village under the red cliff and the silhouette of Montserrat on the horizon are magnificent. Once we have visited the Torrota, we come back up to a high-tension tower, where it starts a path that goes down through ancient terraces and that leads us to a track. We take it to the right and we arrive back to the village by the carrer del Serrat, which we continue up to the carrer Alfons Sala, where we have passed one-way.

The Castle of Vacarisses: castle documented in 1017. Currently, this great mansion is of municipal property. It was renovated in the 18th century by the family Amat (Marquis of Castellbell) which possessed the lordship. It preserves the palace house where the Viceroy of Peru, Manuel de Amat, was born. It was converted into a common house. It has an area of 325 square meters.

Torrota Vacarisses: tower of circular plan, which probably indicates the place where the primitive castle of Vacarisses mentioned in documents from the 11th century.

The esplanade before the Torrota has a suitable play area and picnic.

In the Plaça Joan Bayà, next to the town hall of Vacarisses

From Sabadell, Terrassa and Barcelona with Renfe 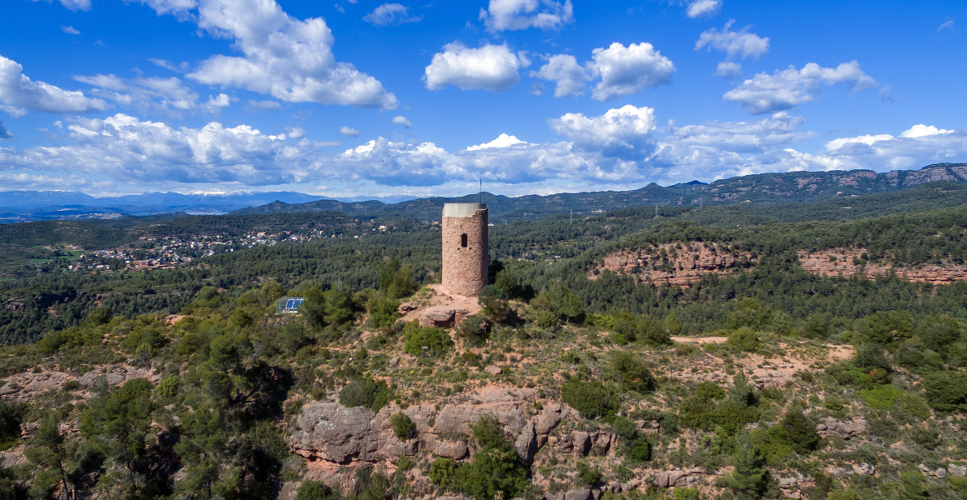 Surprising castle and watchtower in Vacarisses