The surroundings of Castellbisbal 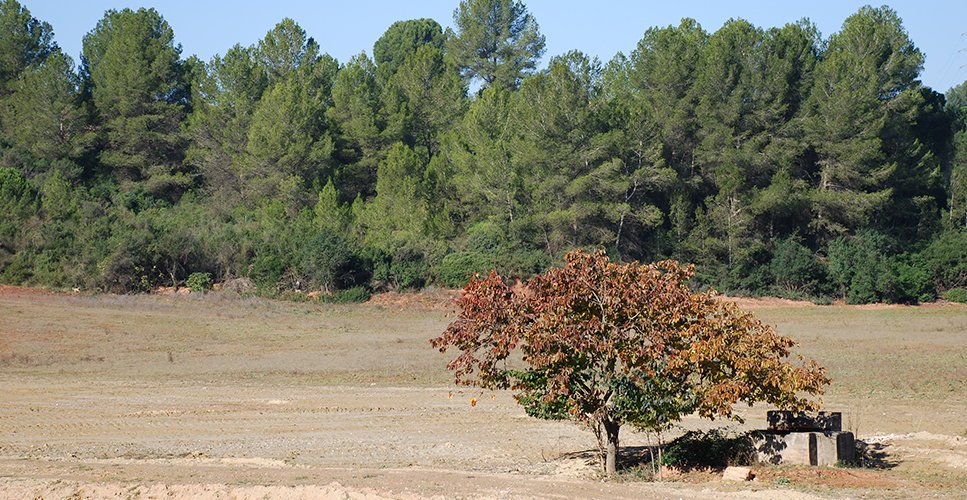 Until the middle of the 12th century Castellbisbal was called Ben Viure. When it passed to be attestor of Barcelona see, it began to be known as Castell del Bisbe, which led to the current name. The chapel of Sant Joan de Benviure, however, is still responsible for reminding us the ancient name of the villa. The proposed itinerary will also allow us to discover the most geologically exploited place of the area through over 2000 years: the quarry of Can Campanyà, from which they were removed some structural elements of the Pont del Diable, blocks for the construction of the parish church and stones for the walls of many of the houses of the village.

From the plaça Folch i Torres we take down the avinguda Gaudí and cross the road. Here is a trail that borders farmings of vineyards and leads us to the path of the Serra de Can Galí, which we take to the right.

We leave a couple of roads to the left that go to the fields until a third crossing, where we take the path on the left that goes down sharply and goes into the forest. We must always follow the lilac and white marks. We follow the path until we cross the torrent of Can Galí, where the road goes up in the direction of a large industrial unit. We border by the paved road until we come to the masia of Ca n’Esteper and the hermitage of Sant Jon de Benviure. Its construction dates from the 11th century, despite the fact that the remains of the current one are a reconstruction of that of the 17th century.

It seems that the chapel was built on the hill where they worshipped the god Jupiter in Pre-Roman times. This is a deduction that is extracted from the stone which is located in the lower part of the right wall where you can read the following initials: I. O. M.-Iovi Optimum Maximum- (to Jupiter, the best and the superior one).

We go back to the other side of the industrial unit and we take to the right the way of Ca n’Esteper to the residential area Comte de Sert, which we cross by the avinguda Lluis Millet, the Carrer Francesc Tàrrega, the Carrer Pep Ventura and finally the avinguda de Gayarre, that goes down to the torrent of Can Campanyà. To the right of the avenue we will see, in the stretch prior to crossing the torrent, beneath a house, a rectangular rock formation where we will be able to identify perfectly the removal of large blocks of stone.

If you follow up, you will be able to see how all of the stone is worked and carved in such a way that it forms angles of 90°. Below, in the curve that draws the avenue before crossing the torrent, a path is heading up parallel to a torrent and allows us to reach another part of the quarry.

After crossing the torrent of Can Campanyà we will see a green esplanade to the right that will allow us to rest comfortably. To the right of the road we will find a path that takes a short cut to the old masia Can Campanyà, with some beautifully decorated windows. The avinguda de Can Campanyà will take us to a roundabout where it starts the carrer Major, which goes into the village and brings us to the point of departure.

Sant Joan of Benviure: This hermitage is located in the southeast end of the term and is located on the same side of the house of Ca n’Estaper (17th century). Its construction is dated from the 11th century. Despite the fact that the remains of the current one are a reconstruction of the 17th century, the chapel is built on a hill where they worshipped the god Jupiter in Pre-Roman times.

Can Campanyà quarry: Quarry used since Roman times for the construction of the structural elements of the Pont del Diable, Going through the 16th century, when it is documented the extraction of stone for the construction of the current parish church, up to the beginning of the 20th century, where they still broke material for walls of many of the houses of the village.

In the esplanade after the quarry we find a suitable play area and picnic.

From Terrassa and Sabadell with the company The Vallesana, www.sarbus.com
From Barcelona with Renfe 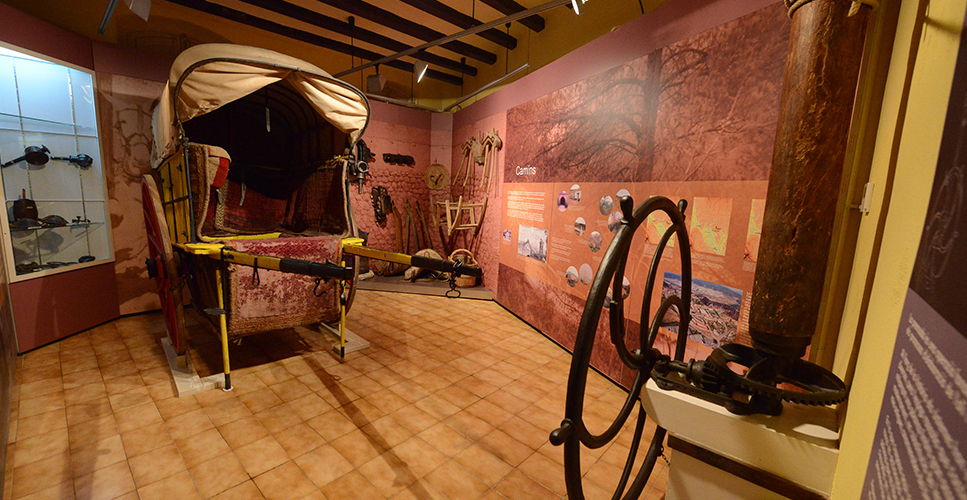 an ideal museum to explore the history of agricultural mechanization.