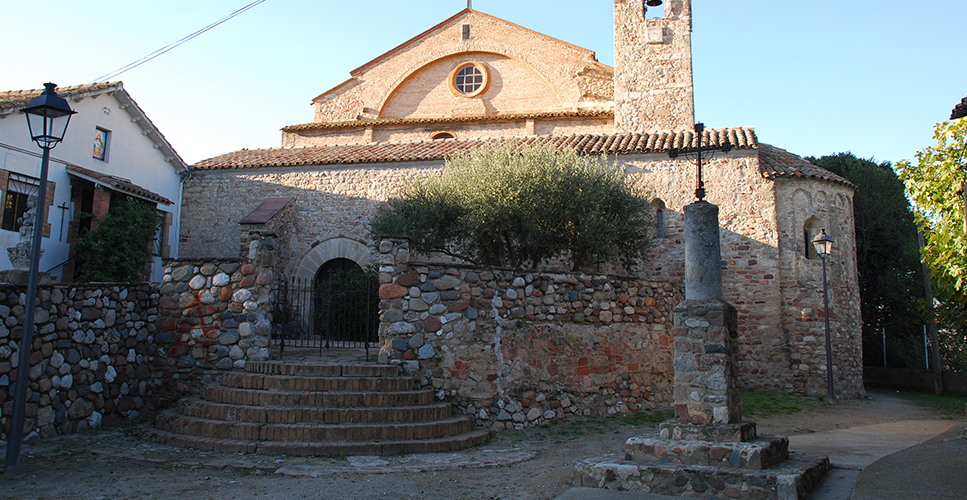 Until the second half of the 20th century Polinyà was an essentially agricultural village, where there are cultivated cereals, vineyards and orchards. They are known by their high quality, small and yellow melons, potatoes and beans del Ganxet. In spite of the industrialization that affected the Vallès region in the second half of the century, in the term of Polinyà there are still preserved some typically Catalan masies and manors, and in some of them they still live as a farmer.

We start the itinerary in the Romanesque church of Sant Salvador, consecrated by the year 1122. The present church, despite having been quite transformed by successive reforms, still preserves part of its structure of a single nave with a barrel vault, a semi-circular apse decorated with Lombard and a bell tower with a square base. In its interior, they were discovered some interesting murals that are now exposed in the Museu Diocesà of Barcelona.

We take the trail that borders the church and that passes through the line of the crest of the hill where it stands the temple, we continue until we reach a roundabout. We cross it and we take the track that goes by the side of the cemetery. The landscape is becoming increasingly agricultural, as the crop fields spread around us. The first houses that we see on the right, beyond the fields, correspond to Can Monistrol, a masia from 1700 which is currently dedicated to the breeding of horses, and Can Padró, one of the oldest houses of the municipal area. We arrive to a crossroads, which we take to the right toward a residential area: Pedra Santa.

When we get to the houses we leave a first track to the right and take the next right up to Can Motllor de Baix. The track goes down to the ravine of Polinyà, but before we arrive we will take the road that goes to the right and bring us to Can Cladelles, a beautiful masia converted into a restaurant.

The road continues up until the track of the Pedra Santa, which we take back until to the crossing that brought us to the cemetery. We leave it and continue straight on, always following the main track and the most obvious.

We will pass near some houses, those of the Serra Maurina and we will arrive to the road. We take it a few meters to the left and right away we take the paved track on the right. We pass by another masia, Can Alzina, built in the 17th century and that functions as a restaurant and horse riding centre.

After a farm, at the height of a cross and before arriving to the tanks, there is a path to the left and which goes down to cross the torrent of Can Rovira, which crosses and climbs up by the other side until the road of Polinyà. We take it to the right a few meters until the carrer Nou which going up to the left will take us back to the church of Sant Salvador.

Hermitage of San Salvador: Consecrated by the year 1122, is of Lombard style. The main value of the church is located in the mural paintings that represent different scenes from the life of Jesus and the Revelation. There has been made a copy and there is still a part of the original.

Mas of Can Cladellas: The original name was mas Rovira Jussana. It is a rectangular building of two floors which is now a restaurant. Originally, it was a construction of trapezoidal shape of two corridors parallel to the facade, which was later enlarged on the right side with a transverse nave. Later, there were added other structures. It preserves the plot, in a poor condition (and getting worse), on the left side of the house.

Mas de Can Montllor de Baix: often called simply “Can Montllor”, is one of the numerous examples of masia that has replaced a part of its agricultural and livestock activity by the gastronomic one. Next to the original house there are a set of more modern buildings that make it difficult its contemplation. The building is rectangular, with a two-slope and roof perpendicular to the facade. Apparently, the building has five corridors, the two of the side probably more recent than the rest.

Shortly before the end of the tour, in Can Rovira, we find a suitable play area and picnic.

From Sabadell and Barcelona with the bus service of the railways and Transport, www.sagales.com

The castle of Can Taió 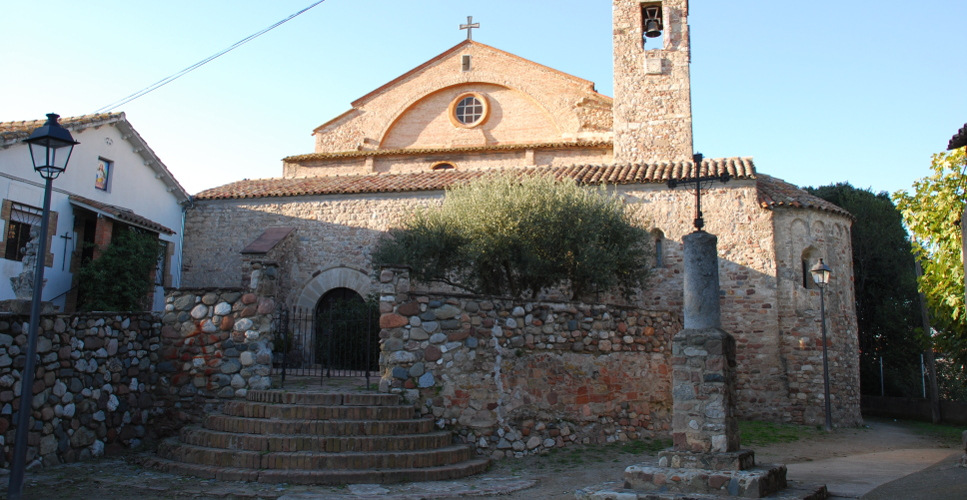 18th century parish with a remarkable decoration, typical of the First Romanesque style.