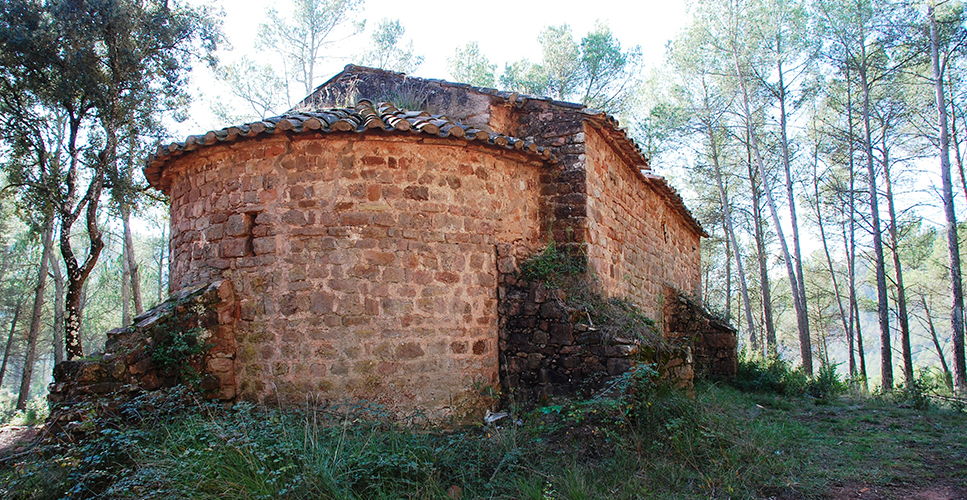 On a hill overlooking the plains where it goes the ravine of Gallifa, we find the remains of what in the past was documented in 999 as the fortification known as the castle of Gallifa. This site is an exceptional viewpoint over the village of Gallifa and the cliffs that surround it. The return to the ravine of Gallifa and the forests that settle its shores, as well as the possibility to see the Romanesque chapel of the Mare de Déu del Grau, are the other attractions offered by this route.

From the Town Hall we go towards the sculpture at the entrance of the village and we take the carrer del Raval that runs under the street of the City Hall. A few meters ahead on the left we leave a street that will be the one by which we will arrive at the end of our journey; now, however, we are moving in a westerly direction towards Ca l’Ercís and Can Bosc. When we reach Ca Bosc, we take a path in a south-westerly direction that starts from the main entrance of the house, bordering the wall, and that brings us to the torrent of the Malloles.

We cross the torrent and we leave a trail that goes up until we arrive to the spring of the Baga where we can stop if we want to. We follow the path and a few meters ahead, we take a path on the right going up until we reach a wider track that we will have to follow to the right in an upward direction. In short, we come to a new crossing where we will follow the track to the left and that will take us to the entrance of the castle of Gallifa and the sanctuary of Santa Maria del Castell.

We go back by the way passing by the trail where we have gone up, and we follow this wide track that passes under the castle and that after a sharp curve to the left loses height until it reaches the Creu, easily identifiable by being found in a wide area of crops. At this point it crosses a track, but we continue straight ahead in the southerly direction.

We pass in front of Can Font and continue along the track until we reach the junction that we follow to the right and that will take us up to Mare de Déu de Grau. We go back by the path until we reach the junction and we take a path on the right signalled with marks of GR (red and white marks) that goes strongly down winding until we reach a wider track that we will follow on the left. A few meters ahead, we cross the ravine of Elies and then we leave the track by which we were coming and we take a signalled path with a sign that indicates ravine of Gallifa.

The first meters of this trail pass through the course of the torrent and, with a slight rise and always with the ravine on our right, we pass by the side of the Gorg Negre, visible from the road, but inaccessible by the vegetation and the orography. We continue climbing until we reach a wider area where there is another path on the left. At this point we easily cross the ravine and follow up by the opposite shore until we leave a track to the right and the path leads us to cross the river again. We follow this path and, already going through the first houses of Gallifa, we cross the river and reach a wider track that we will continue to the right until we reach the village. We will continue by a steep street and we will turn the first street we find on the left, which will take us to the crossroads we have seen on one-way. So it only remains to undo the path up to the Town Hall.

Castle of Gallifa: The castle of Gallifa, which was the historic and jurisdictional center of the area, raises his unmistakable silhouette in the West extreme of the valley, over the village. The castle was a high plateau fortified by walls and with two doorways, one to the East and the other to the West, both with watchtower. The main work was in its only two accessible points and on the inside it had a remarkable high plateau with crops and some housing. You can see the remains of a large house, possible residence of the former warlords, toward the NE angle of the high plateau, by which it goes up a small path from the valley.

Santa Maria del Castell: Romanesque chapel documented by 1060. Since its restoration in 1986, the church is dedicated to the Mare de Déu de l’Ecologia and it holds the Santuari Ecològic de Gallifa.

The hermitage of Mare de Déu de Grau has a suitable play area and picnic. 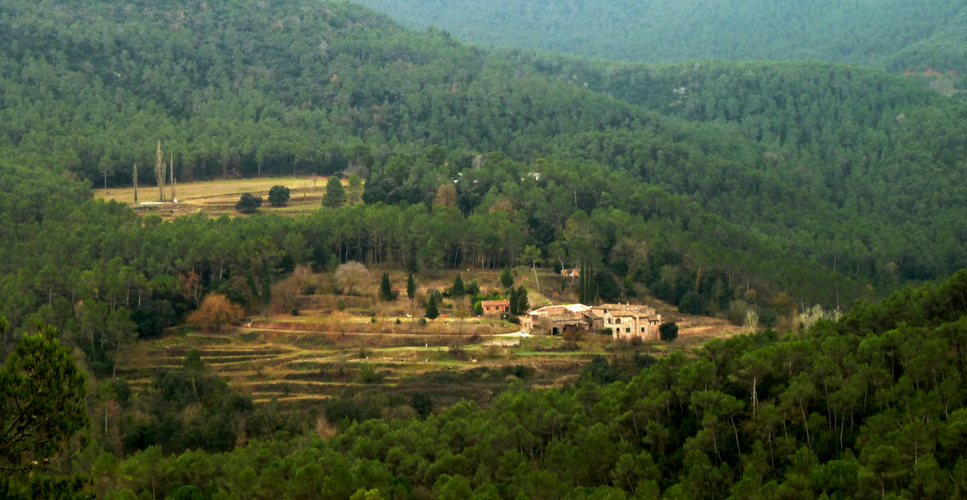 In Gallifa there are good examples of the rural life in the town. Discover their masies!