Paths of the summit of Castellar del Vallès 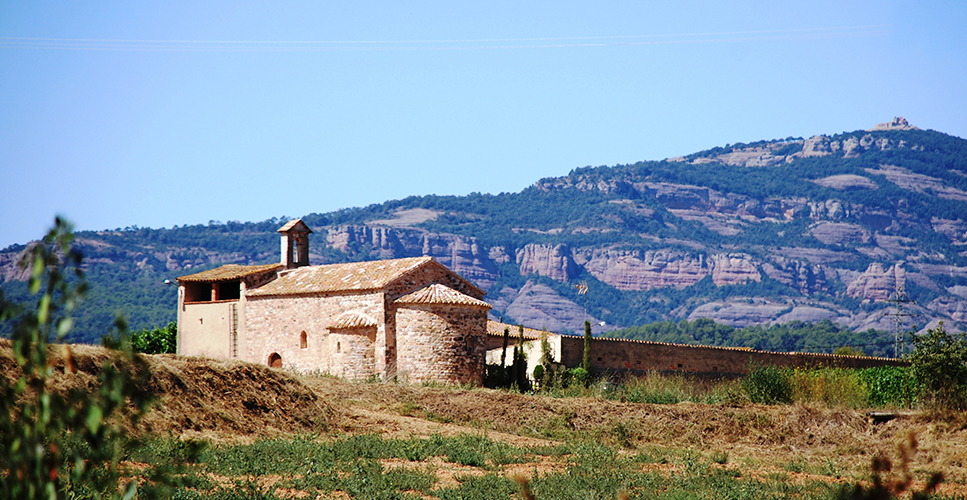 Plain itinerary that allows to know the most important agricultural area of Castellar. It can be done on foot or by bicycle. It passes near several masies, which will allow us to observe some examples of the wide diversity of ornamental elements -styles ranging from Romanesque and Gothic to Art Nouveau or Eclectic art, and the architectural evolution that have suffered over time.

We highlight the mill wheels Can Santpere (15th century), the carving of Sant Pere d’Ullastre or La Masia de Can Casamada, where you can buy ‘ganxet’ French beans bearing an indication of regional origin. The tour also brings us closer to the spring of Can Casamada.

The itinerary begins in Plaça Catalunya, next to the raft where it stands the sculpture of Joan Coderch. This sculpture represents a whale captured by three boats and symbolizes the defence of animals in danger of extinction.

We go north by the Ronda de Levante to the roundabout where is the sculpture of the Dona Acollidora, which represents the figure of a naked woman who welcomes all who arrive to the municipality by this way. At this point we will take the Carrer del Serrat del Vent, which goes up in the direction of the cemetery.

Shortly before arriving, we leave the road and go down the track that goes by the left side of the funeral home. We continue straight on along the main track without turning on any of the roads that go to the right and left until we arrive to Can Mariner. The track goes in a pine forest, south direction and, without leaving it, we will come to a junction where it rises, majestic, the holm oak of Ca n’Ametller.

This point is the confluence of ancient livestock roads; the one on the left comes from Polinyà. We go to the right until the next crossing, which we take to the right to pass before Ca n’Ametller, masia of the 15th century.

On the horizon it is silhouetted the profile of the mountain range of Sant Llorenç del Munt. The path crosses a torrent known as Safareigs de Ca n’Ametller and it heads for gently among the fields. We continue straight on by a couple of crossroads to arrive to one with a T-shape that we take to the left in the direction of Can Santpere, where it stands out the Romanesque chapel of Sant Pere d’Ullastre, of a single nave covered with a barrel vault and three semi-circular apses with the shape of a cross. It receives the name of Ullastre, a variety of olive tree in Mediterranean regions. A track to the left goes toward Can Casamada, a masia of the 13th century that we border.

After a curve we will enter into a beautiful oak grove, on the left, where a narrow path will allow us to arrive to the hidden spring of Casamada. We go back to the crossroads where it comes the way of Ca n’Ametller. Now we continue straight ahead to the village where we arrived after crossing the torrent of Colobrers and the leisure area. The ronda de Levante will return us back to Plaça Catalunya, the point where we have started the journey.

Source of Casamada: non-potable water supply, it is hidden in a beautiful oak grove.

Sant Pere d’Ullastre: is a Romanesque rural chapel of the 12th century, which is linked to the masia Can Santpere.

Ca n’Ametller: masia built between the 13th and 15th centuries. It has a chapel dating from the 18th century, dedicated to Sant Josep.

The source of Casamada and the leisure area of the spring of Colobrers have a suitable play area and picnic. 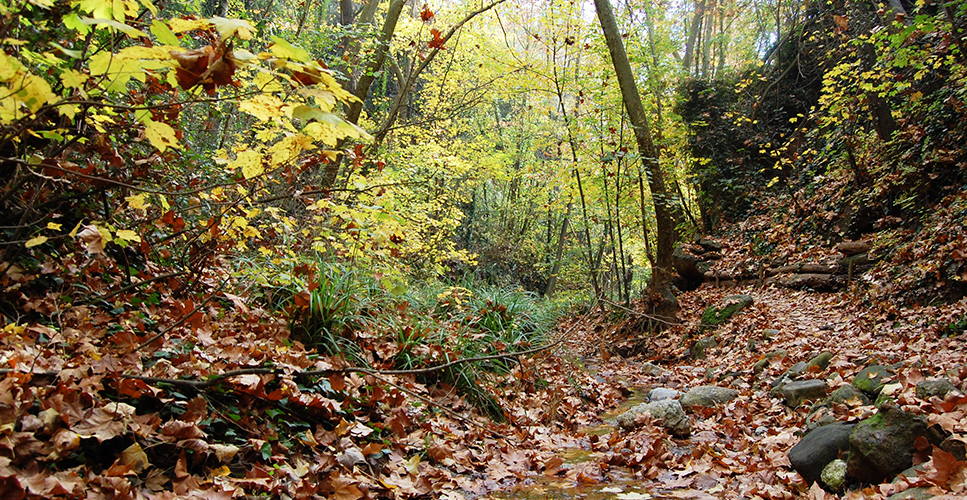 Enjoy the riverbank fauna and vegetation that predominate in the area.

Located on the top of the Mola, this monastery has magnificent views. 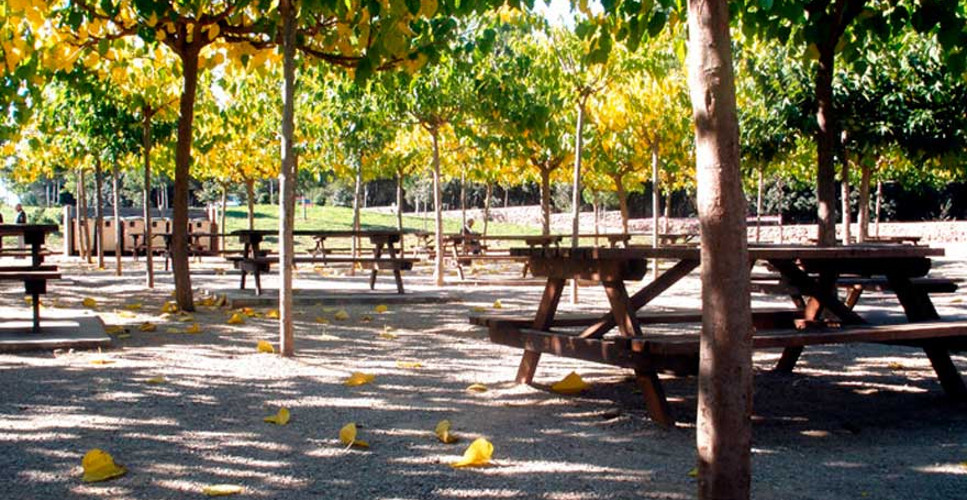